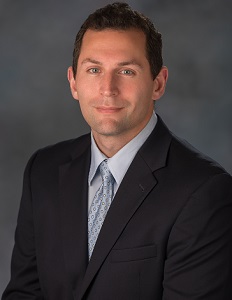 Matt has spent a majority of his career prosecuting lender liability claims against banks and negotiating workouts of commercial debts. In May 2012, he won the first known jury verdict in North Carolina finding a Bank in violation of the Equal Credit Opportunity Act. The verdict was selected by North Carolina Lawyers Weekly as the #1 Defense Verdict of 2012. More recently, he has represented businesses with respect to debts ranging from $100,000.00 to $50,000,000.00 and has saved his clients tens of millions of dollars.

Originally from New Jersey, Matt earned a bachelor’s degree in economics and political science from Columbia University. After graduating, he played professional baseball for a short period before heading to Temple University, where he earned a Master of Business Administration degree before obtaining a Juris Doctor from Temple University Beasley School of Law. After moving to North Carolina, Matt met and married his wife Lisa, and the two currently live in North Raleigh, enjoying traveling and spending time with their dog, Bodhi.

Reach Out To Us Today & See How We Can Help

Have a problem? Give it to us. We're here to fight for you when you need it most.